ARP spoofing on mobile: How it works, risks and solutions

Introduced for the first time in 2001 under the UNIX system, the ARP protocol (Address Resolution Protocol) enables to establish a communication by associating on a local network the IP address and the MAC address (Media Access Control) of a device. The attack that exploits this protocol, called ARP spoofing or ARP poisoning, enables a hacker to divert the information exchanged on the network to his own computer, mobile, server... Historically targeting computers, this type of attack is just as efficient on mobile devices and IoT.

What is the ARP protocol?

In order to build Ethernet frames during a network exchange, the ARP protocol associates the MAC address of a device with an IP address. For the frame to be complete and the data to be able to transit, the MAC and IP address must be linked. The role of ARP is therefore a prerequisite for a secure exchange on the network. 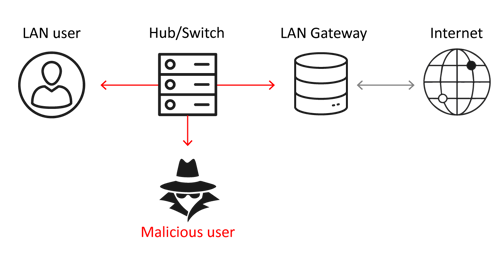 In case of rerouting to steal information, the hacker spies on the packets that are exchanged but forwards them to the legitimate server. Thus, the user does not notice any difference and the spying follows its course. 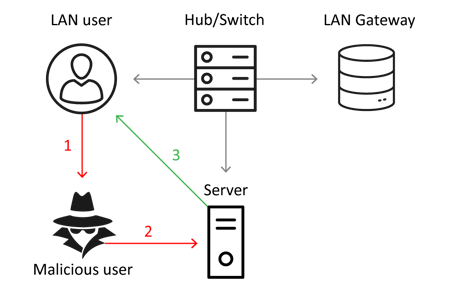 In another context, a hacker can completely or partially interrupt a company's network traffic in order to paralyze its information system and its business. To do this, the steps are identical to the first case explained above, but the intercepted communication is not forwarded to the server. The information then goes directly to the hacker and is blocked there. Not very discreet, this attack causes a denial of service. It can be used in addition to a ransom demand to restore the network.

How to protect your device from ARP poisoning?