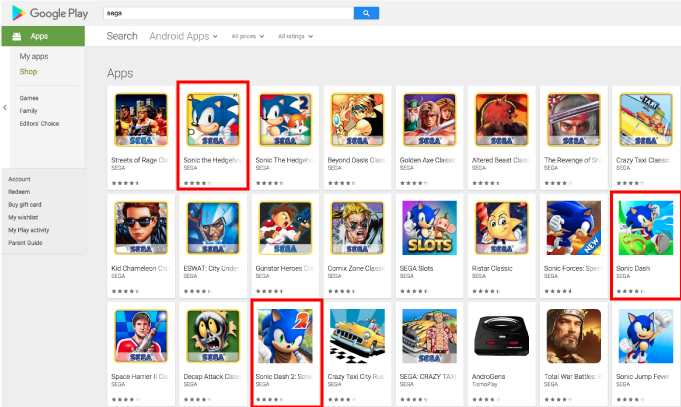 Pradeo’s Lab discovered that some game applications in the Google Play published by SEGA, the famous video games developer and publisher, access and leak users’ geolocation and device data. Hundreds of millions of users are concerned by these data privacy violations.

The affected android apps are the following ones:

By analyzing the aforementioned apps, we identified these common facts:

Lately, the Pradeo Lab noticed an increase in the amount of official apps fooling their users into giving them access to data they don’t actually need. In most of the cases, when installing an app from Google Play, users accept permissions without giving a second thought. As a result, publishers collect private information about their clients, such as geolocation, device data, users data (gallery, contact lists, browser history, SMS…), etc.

In this case, the 3 SEGA apps collect and leak geolocation and device data to several distant servers, including suspicious ones.

Among the distant servers reached by the affected SEGA apps when sending data, we can see that most have a tracking and marketing purpose. However, what caught Pradeo’s researchers attention is the fact that these apps are sending information to 3 uncertified servers which represent a potential threat.